As of May 23, the national average price for a gallon of regular gasoline sits at $4.59 and gas prices continue to break the record average prices in United States. As inflation hits the highest mark we have seen in 40 years and gas prices surpassed $4.00 in every state, the American people are struggling to pay more money for every day goods. In response, many in Congress, instead of actually trying to solve the problem, are resorting to an old playbook: casting about for scapegoats.

Democrats in Congress have accused oil companies of “price gouging at the pump” to reap historic profits. The House of Representatives has held hearings and passed partisan legislation duplicating the Federal Trade Commission’s (FTC) authority to investigate oil companies and to potentially damage the energy market by setting price controls. These accusations of price gouging coming from members of Congress are blatantly false and have been proven false, including by the FTC itself, again and again.

[i]First, oil and natural gas producers are price takers, not price setters. That means that companies do not control or set the price of oil. That price is set in a global market. US gasoline prices are tied to the Brent international benchmark, which has steadily risen since the beginning of the Biden administration. 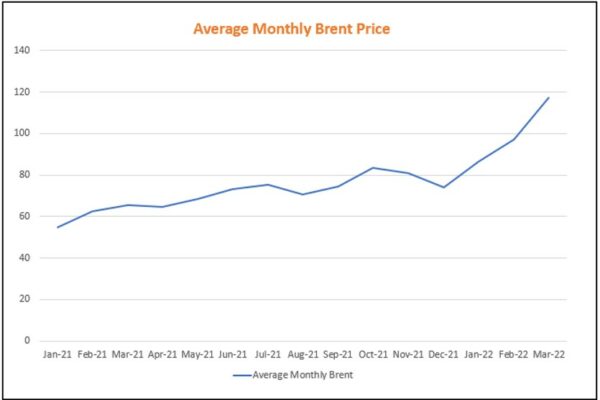 As global energy demand has surged as the COVID-19 pandemic has waned, the result is inevitable: higher prices. Even Jason Furman, President Obama’s chair of the White House Council of Economic Advisors, told CBS Face the Nation: “I think it’s pretty gimmicky, these price gouging bills. Because you’ve got a lot of extra demand. What happens when demand goes up? Prices go up.”

Unfortunately, this administration’s policies are restricting supply by hamstringing production on federal lands and waters, making it harder to build much needed infrastructure, and discouraging industry capital with policies and rhetoric about the long-term value of American oil and gas.

The reality is that American oil and gas producers simply do not – and cannot – price gouge. The largest non-state-owned oil company in the world (ExxonMobil) only has around 2 percent of the world’s oil reserves and production. Even if there was a mechanism for upstream producers to price gouge on the commodity market – which there isn’t – a company that controls such a small fraction of the world’s oil does not have the power to set the price of gasoline. This accusation is an example of the tail trying to wag the dog.

Second, the partisan legislation the Democrats are pushing will be fruitless and could even severely damage the energy market. The FTC has already conducted several extensive investigations which have shown that changes in gasoline prices are based on market factors, not illegal behavior from oil companies. The FTC came to these conclusions after investigations conducted in 2011, 2007, 2006, 2005, and 2004. Additionally, the FTC found that even the largest private oil companies control only a very small fraction of world’s crude oil production, and significant price manipulation by these companies was highly unlikely. States have also conducted numerous investigations and reached similar conclusions.

What will manipulate the market is Congress setting arbitrary price limits. The “unconscionably excessive” threshold in the legislation put forward by Reps. Kim Schrier (D-WA-08) and Katie Porter (D-CA-45) would lead to government setting  price controls on gasoline. Price controls distort energy markets and can lead to supply disruptions (one need only think back to President Nixon’s price controls in the early 1970s, after which Americans waited in long lines to fill up their gas tanks). This is the last thing the American people need right now.

Worst of all, Congressional Democrats know their legislation won’t do anything to bring down gas prices. Reps. Jared Huffman (D-Calif.) and Sean Casten (D-Ill.) voted for the bill, but both made it very clear the legislation was unlikely to help Americans at the pump. As Congressman Casten said: “Sometimes we do energy policy and sometimes we do energy politics. This is the latter.”

Instead of looking to shift blame, Congress should work with America’s oil and gas producers to advance policies that increase domestic supply – such as increasing production on federal lands and permitting new infrastructure. These are real solutions that will help bring down costs for struggling American families.